Off down to Caldicot this morning to try and have a word with John Griffiths, our assembly member. He is doing a ‘street surgery’ apparently.  I would like to ask him if he can do something about –

He hasn’t replied to my Email asking for more details about his surgery so I don’t hold out a lot of hope but you never know I might get lucky.

[ STOP PRESS – Well I couldn’t find him anywhere near the shopping mall (which I thought was the most likely place) and didn’t have time to play ‘Hunt the AM’ so I’ll now have write to him about those 3 points. ] 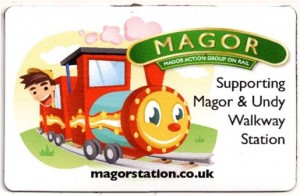 Oh, and by the way the minutes of our last meeting are now available – MAGOR Committee 20th February 2014